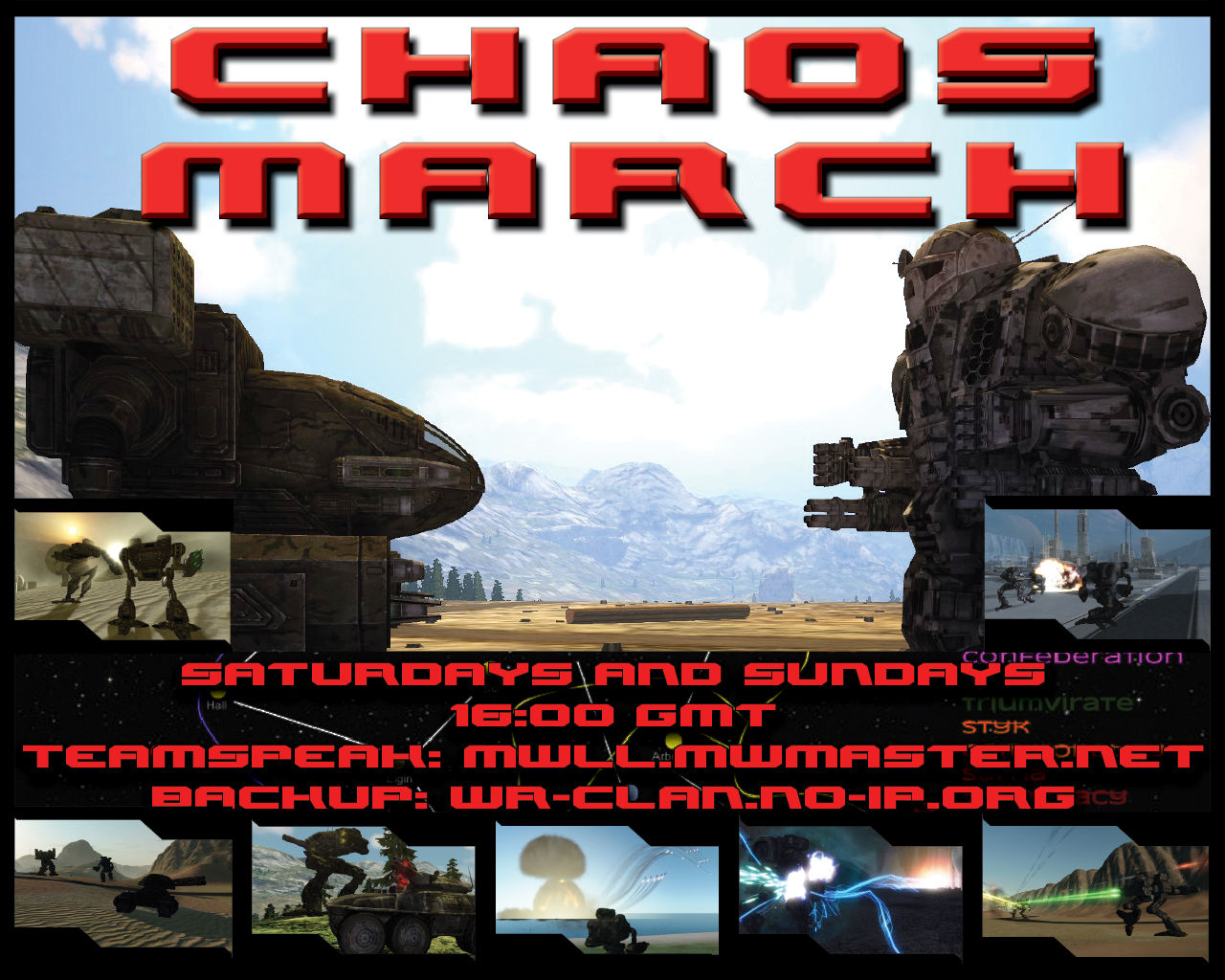 You can get Teamspeak 3 here

A mic is helpful but not required

The Battlelog and related materials about Chaos March here

Every planet captured matters, be it for industrial manufacturing, c-bills gained from trade worlds, or insight into the enemy fleet by helping your spies gain control of strategically important worlds.

Each player or Clan is part of a faction, fighting for their own ends, control, and ultimately, dominance over the Chaos March.

“We thought the Clans were bad; the Chaos March is worse. Don’t look at me like I’m crazy for saying that- I’ve been there. I know. With the Clans, you know who your enemies are. You never know in the Chaos March. The enemy could be the one your employer says it is, or the folks you’re supposed to be protecting. Or even the guy whose contract you just signed. You never know.”   – From an interview with Cal Ecchardt, former lance commander of the Cold Steel Cowboys, a now-defunct mercenary unit, Outreach channel 2, March 3058.

– Will you be a forgotten casualty, or a living legend?

*This site and event are not affiliated or endorsed by Mechwarrior Living Legends, or Wandering Samurai Studios. All copyrights and trademarks belong to their original owners. The event is a service to the gaming community.